Earlier this year we  heard of the unexpected death of Councillor Ray Hassall. Ray was a former Lord Mayor and  instrumental in the setting up of Birmingham Trees for Life. He also had a passion for trees, tree planting and especially the involvement of children.

In memory of all Ray’s work it was agreed that BTFL would start the development of ‘Ray’s Wood’ and where better to site it than at Perry Hall Playing Fields. This open space was close to his heart and he often worked with The Friends and local schools on projects around the site.

Today was a chance for many of his friends and colleagues to come along and help the pupils of Dorrington Academy make a start with the planting of 15 large trees. Because of the nature of this event we have created an extra large photo album, to try and capture the feel of todays planting and some of the people who took part. Follow this link to access all the images. 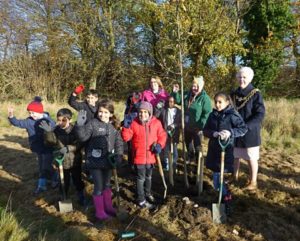 Many friends and colleagues came along to celebrate Ray’s love of trees and at the end of the event everyone was treated to cake and hot drinks by The Friends of the park. 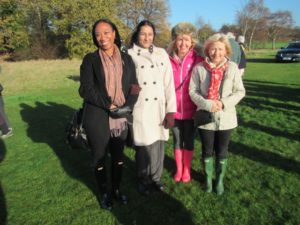 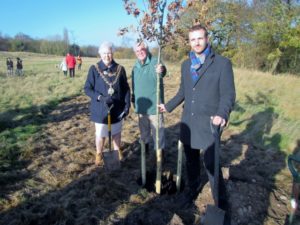