In 2011 the BTFL Project became one of the first beneficiaries of the Government’s national tree planting campaign, The Big Tree Plant, which ran for 4 years until March 2015. 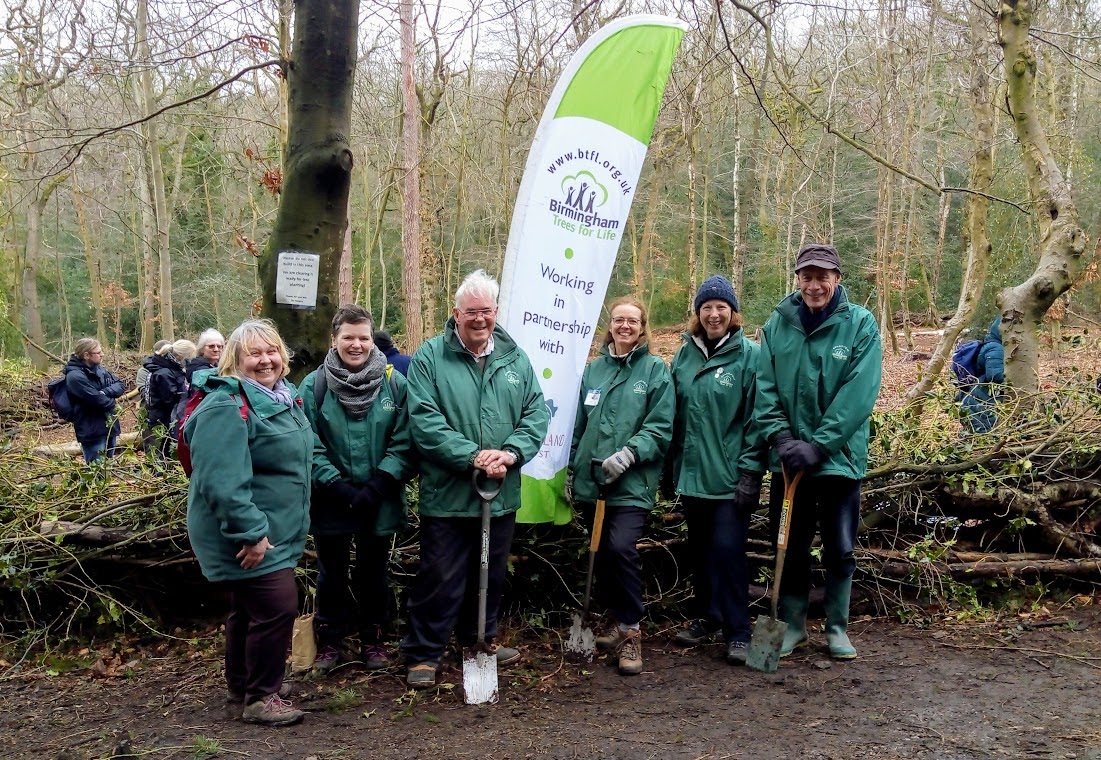 Following the end of the Big Tree Plant Birmingham City Council contributed a sum of money annually to the project to pay for some core costs and provide match-funding, then through the Birmingham Civic Society, a Registered Charity, the BTFL team worked to secure other income from grant applications, charitable trusts, and sponsorship from companies and individuals, to plant more trees and develop new projects with local schools and communities.

We also work in partnership with other local and national organisations where appropriate, such as The Woodland Trust and Trees for Cities, to bring additional resources in to the city.

Winter is the best time to plant trees (while they are dormant), so between November and March we work with our Council colleagues to deliver tree planting in parks and open spaces all over Birmingham.  We are also helped by the Council’s grounds maintenance contractors, especially the Woodland Management Team.  We involve local volunteers, particularly schoolchildren and Friends Groups, to help to plant the trees.

We also encourage local businesses to sponsor tree planting and volunteer to take part in planting trees too.