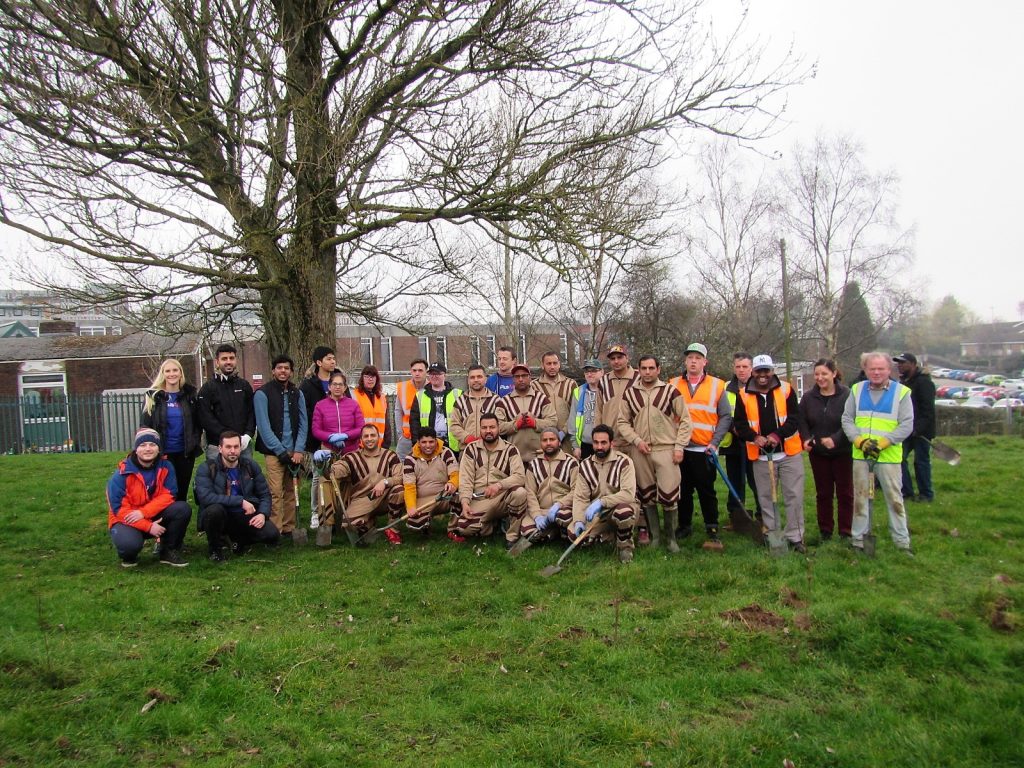 Today we welcomed 29 pupils from Woodcock Hill Primary School to continue planting in Senneleys Park, but this time in the nearby extension to the park (adjacent to Newman University). Some of their pupils had worked with us in late 2018 in the main park area, and were keen to plant more trees! 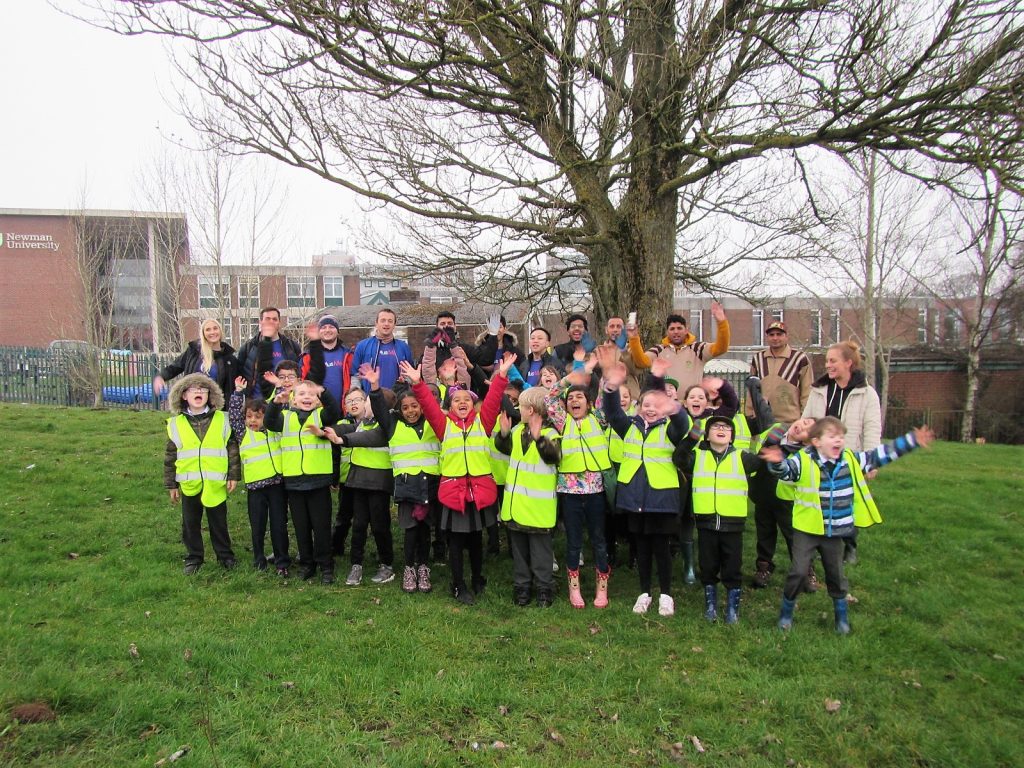 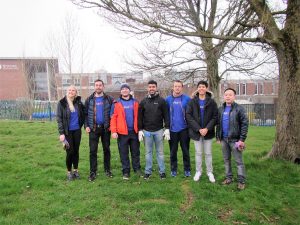 Volunteers from Deutsche Bank Birmingham, and students from Bournville College (SCCB) helped boost the numbers, and it took just over an hour to get 5 large trees and 500 small saplings into the ground.
Last year we were lucky enough to meet volunteers from a national group called Green S Welfare Force and today they travelled all the way from London in the South and Warrington in the North to help. 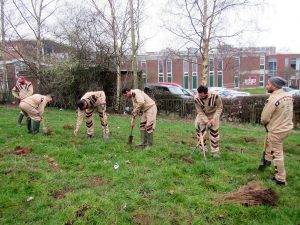 They stayed behind to help check that every sapling was tucked up warm in the ground and that none had been inadvertently left exposed. Such a shame we couldn’t show them some lovely sunshine in Birmingham, but we hope to meet them again in March on one of our final plantings at Norman Chamberlain Playing Fields. The promised rain held off till we had finished, and you can see from our gallery that everyone had a great time….despite the change in the weather!